Waiting on Wednesday is a meme hosted by Breaking the Spine to highlight upcoming releases we're anxiously awaiting. This meme is always time-consuming since there are practically hundreds to choose from.
Comment with the link to your WoW post and I'll come visit :)
WARNING: Waiting on Wednesday is a great way to tell others what kind of books you like and are waiting for, but could make your TBR topple over. Continue with care. . .
This Week's WoWs: 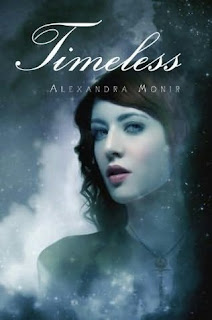 Title: Timeless
Author: Alexandra Monir
Release Date: January 11, 2011
Summary of Book:
When tragedy strikes Michele Windsor's world, she is forced to uproot her life and move across the country to New York City, to live with the wealthy, aristocratic grandparents she's never met. In their old Fifth Avenue mansion filled with a century's worth of family secrets, Michele discovers a diary that hurtles her back in time to the year 1910. There, in the midst of the glamorous Gilded Age, Michele meets the young man with striking blue eyes who has haunted her dreams all her life - a man she always wished was real, but never imagined could actually exist. And she finds herself falling for him, into an otherworldly, time-crossed romance.

Michele is soon leading a double life, struggling to balance her contemporary high school world with her escapes into the past. But when she stumbles upon a terrible discovery, she is propelled on a race through history to save the boy she loves - a quest that will determine the fate of both of their lives. 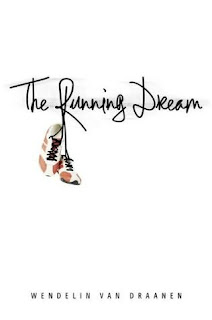 Title: The Running Dream
Author: Wendelin Van Draanen
Release Date: January 11, 2011
Summary of Book:
Jessica thinks her life is over when she loses a leg in a car accident. She's not comforted by the news that she'll be able to walk with the help of a prosthetic leg. Who cares about walking when you live to run?

As she struggles to cope with crutches and a first cyborg-like prosthetic, Jessica feels oddly both in the spotlight and invisible. People who don't know what to say, act like she's not there. Which she could handle better if she weren't now keenly aware that she'd done the same thing herself to a girl with CP named Rosa. A girl who is going to tutor her through all the math she's missed. A girl who sees right into the heart of her.

With the support of family, friends, a coach, and her track teammates, Jessica may actually be able to run again. But that's not enough for her now. She doesn't just want to cross finish lines herself - she wants to take Rosa with her.
Written by: Hannah @ Every Little Thing at 11:53 AM