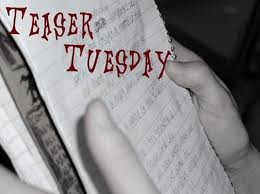 Teaser Tuesdays is a weekly bookish meme, hosted by MizB of Should Be Reading Anyone can play along! Just do the following:
Grab your current read
Open to a random page
Share two (2) “teaser” sentences from somewhere on that page

BE CAREFUL NOT TO INCLUDE SPOILERS! (make sure that what you share doesn’t give too much away! You don’t want to ruin the book for others!)

Share the title & author, too, so that other TT participants can add the book to their TBR Lists if they like your teasers!

Make sure to comment with your link so I can come see what your reading too!
4 Books to share teasers with you for this week :) One, I've already finished(Safe Haven), but I thought you guys deserved a teaser from it :) Here they are!

Runaway
Wendelin Vann Draanen
"Monday, October 11th
Took a shower in that bathroom near the beach(used the hand dryer as a hair dryer--ahh!), scored an amazing submarine sandwich(and paid for a quart of milk), and saw Hog."

Dead Until Dark
Charlaine Harris
""He is older than me. More to the point, he is stronger."
'Nobody's stronger than you," I said stroutly.
"I wish you were right.""

The Short Second Life Of Bree Tanner
Stephanie Meyer
"I glanced around to make sure no one was waiting for the bag, because I thought Fred would probably be curious, too. Riley caught my eye, smiled the tiniest bit, and jerked his chin slightly toward the corner where Fred was. Which made me want to do the exact opposite of what I'd just been planning, but whatever. I didn't want Riley to be suspicious of me."

Safe Haven
Nicholas Sparks
""He'd been drinking and holding a gun again and she was too scared to say another other than to ask him to come to bed. But that was when she knew that if she stayed, the husband would eventually kill her.""
Written by: Hannah @ Every Little Thing at 8:25 PM

Email ThisBlogThis!Share to TwitterShare to FacebookShare to Pinterest
Marked as: Teaser Tuesday