Waiting on Wednesday is a meme hosted by Breaking the Spine to highlight upcoming releases we're anxiously awaiting. This meme is always time-consuming since there are practically hundreds to choose from.

WARNING: Waiting on Wednesday is a great way to tell others what kind of books you like and are waiting for, but could make your TBR topple over. Continue with care. . . 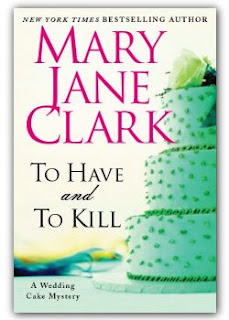 Title: To Have And To Kill
Author: Mary Jane Clark
Release Date: December 28th, 2010
Summary Of Book:
Piper Donovan never imagined that decorating wedding cakes could be so dangerous! A struggling actress with no immediate prospects and a recently broken engagement, Piper moves back in with her parents to take stock of her life. She steps tentatively into the family bakery business and finds herself agreeing to create a wedding cake for the acclaimed star of a daytime television drama. But soon someone close to the bride-to-be is horribly murdered and it seems that that someone is ruthlessly determined to stop the wedding.
With the help of her former neighbor, Jack, a handsome FBI agent with a soft spot for the gorgeous cake-maker, Piper moves closer to the truth. And as she narrows in on a suspect, she realizes that it's hotter in the kitchen than she may be able to handle. . . . 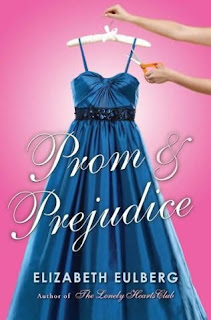 It is a truth universally acknowledged that a single guy in his spring semester at Pemberly Academy must be in want of a prom date.

After winter break, the girls at very prestigious, very wealthy, girls-only Longbourn Academy are suddenly obsessed with the prom, which they share with the nearby, equally elitist, all-boys Pemberly school. Lizzie Bennett, who attends Longbourn on scholarship, isn't exactly interested in designer dresses and expensive shoes, but her best friend, Jane, might be - especially now that Charles Bingley is back from a semester in London. Lizzie is happy about her friend's burgeoning romance, but less than impressed by Will Darcy, Charles's friend, who's as snobby and pretentious as his friend is nice. He doesn't seem to like Lizzie either, but she assumes it's because her family doesn't have money. It doesn't help that Charles doesn't seem to be asking Jane to be his prom date, or that Lizzie meets George Wickham, who tells her that Will Darcy sabotaged his scholarship at Pemberly. Clearly Will Darcy is a pompous jerk who looks down on the middle class--so imagine Lizzie's surprise when he asks her to the prom!

Will Lizzie's prejudice and Will's pride keep them apart? Or are they a prom couple in the making? From Elizabeth Eulberg comes a very funny, completely stylish prom-season delight of Jane Austen proportions.

Make sure to leave your links so I can come visit yours as well :)
Written by: Hannah @ Every Little Thing at 10:26 PM