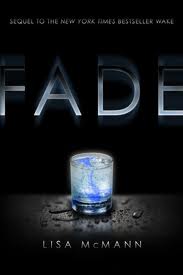 SOME NIGHTMARES NEVER END.
For Janie and Cabel, real life is getting tougher than
the dreams. They're just trying to carve out a little (secret)
time together, but no such luck.
Disturbing things are happening at Fieldridge High, yet
nobody's talking. When Janie taps into a classmate's
violent nightmares, the case finally breaks open -- but
nothing goes as planned. Not even close. Janie's in way over
her head, and Cabe's shocking behavior has grave consequences
for them both.
Worse yet, Janie learns the truth about herself and her
ability -- and it's bleak. Seriously, brutally bleak. Not only
is her fate as a dream catcher sealed, but what's
to come is way darker than she'd feared....
Review(Spoilers):
I so think that Cabe & Janie should be together. I almost fell out of my chair when he said they couldn't be together. I mean, was he crazy? He knows that they can't be away from each other for long. It's like tormenting yourself!
I think I would have done the exact same thing Janie did by saying that I'd pretty much throw myself at a sexual predator if it meant that he wouldn't be able to hurt someone else.
I was really happy that Janie was able to control her dreams & other people's dreams better now. I know it would be exhausting to have to be in other people's dreams.
I'd like this series to be a movie too, like I did with I Heart You, You Haunt Me. Both are really good. But it might be kind of tricky with the dreams. But still something worth while.
Did you guys like this one? I'll be reading Gone soon..How'd you guys like that one?

If this book dragged you into dreams, check out the next in the series, Gone.

Hope you guys have a great Thanksgiving & all those going out for Black Friday shopping..GOOD LUCK =)
Written by: Hannah @ Every Little Thing at 2:14 PM

Email ThisBlogThis!Share to TwitterShare to FacebookShare to Pinterest
Marked as: M, Reviews